For my thoughts are not your thoughts. 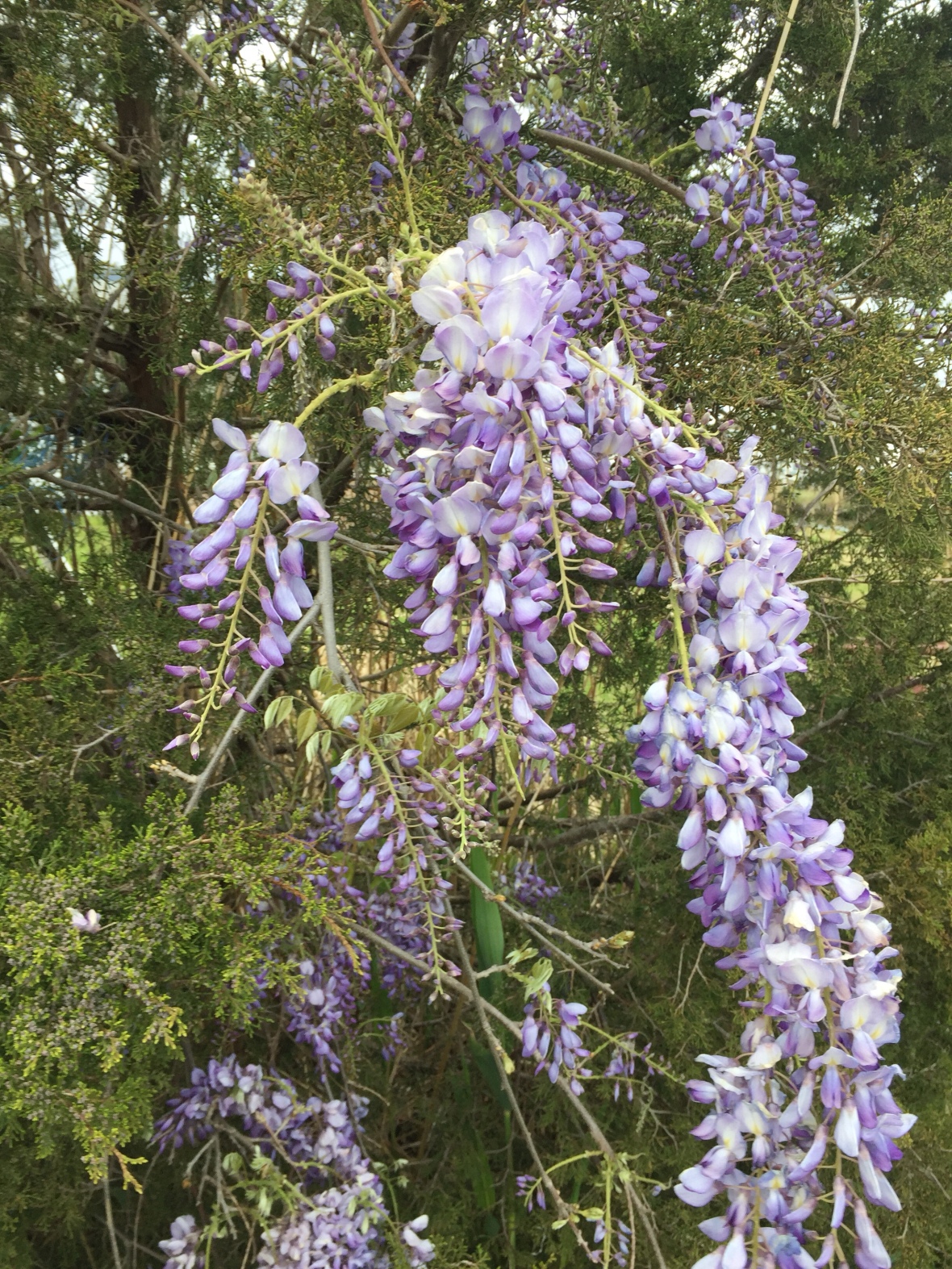 Thank you Holy One for beauty on a cloudy day. Help me to see what you see and hear what you hear and think what you think.

Listen and see that our God is good.

Pearls of the Spirit

I’m back at work after having a week (that’s 11 days including weekends and Thanksgiving!) free of the madness. No travel, just lots of rest, chilling out, regrouping and snuggling with the furbabies. A week free of stress helps me to love them again and not resent the daily round of feeding and scooping. But now that I’m back, it didn’t take long for me to succumb to the stress and anxiety. Vacation? What vacation? It’s all just a distant memory now and another one in the future to look forward to. And that really bugs me.

Loverboy (early 80’s rock band) sang the song “Working for the Weekend” about looking forward to the weekend romance that might occur.

One of my favorite shows was on the tube last week – Hoarding: Buried Alive – and it was focused on an older woman whose hoard was the usual ceiling-high mix… 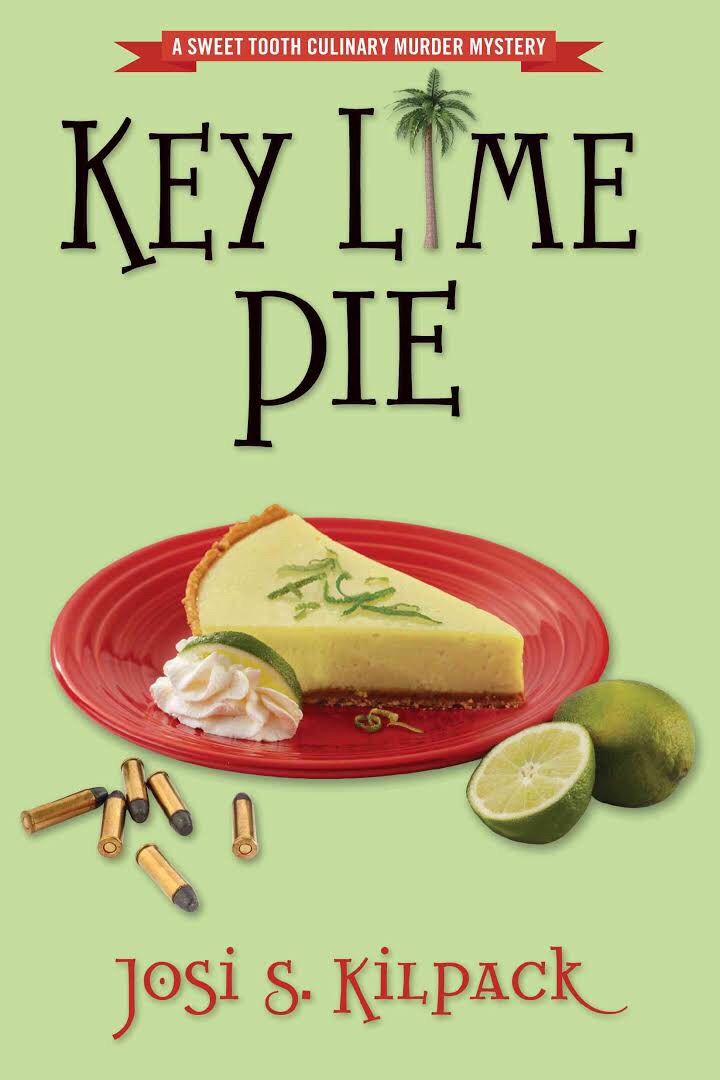 I needed something relaxing to read to get me through the four day weekend.

Sadie Hoffmiller, a 56 year old widow is, by her own admission, a busybody. When she follows a potential boyfriend from her home in Colorado to Florida it really is with the best of intentions. Yes, Sadie is kidnapped. Several times. And held at gunpoint. Several times. Sadie brazens her way into homes and hospitals, and along the way makes time to sample delicious foods for which she kindly provides recipes.

Key Lime Pie fit the bill of fare for a light repast, offsetting the fairly dense menu I ate on Thanksgiving day. While a little slow at the beginning, the pace did pick up and as I came to know Sadie a little better, I came to appreciate her quick thinking, ability to sidestep danger, and sassy way of asking for recipes. Particularly notable are the Southern recipes for BBQ Chicken, Cajun Coleslaw, and- you guessed it- Key Lime Pie.

Need to just relax and read something about real life, interesting characters, and a bittersweet ending? Grab a copy of this book by Gabrielle Zevin.

I have always fantasized about owning my own bookstore. Imagine being surrounded by books 24/7.  Reading about them, ordering them, stocking them, displaying them, talking about them, selling them.

In The Storied Life of A. J. Fikry we have a glimpse into the life of a bookseller, albeit a cranky, disillusioned one.  Despondent from the death of his wife, A.J. Fikry leads a life of narrow reading choices (thereby very specific book selections in his store), gruff associations with his neighbors, and general dissatisfaction while running his book store in a small island town.

His grim life takes a turn when he meets a young hip book distributor who has taken over the route of a former colleague.  Then he finds two-year old Maya sitting in the corner of the children’s area, with her Elmo doll.  Maya teaches him how to open his heart again to receive joy, to feel love, and be a friend.

Full of references and suggestions for further reading, this novel includes a running essay collection fronting each chapter wherein A.J. discusses great short stories with Maya, as she grows into adulthood.

I wouldn’t have read this book initially. The title is wordy and the action slow to start, but I am glad I did read it. The book is sweet and the characters worth knowing. I would recommend The Storied Life of A.J. Fikry to any book club.

A Sliver of Stardust

From the dust jacket: “I am a gold lock./ I am a gold key./ However high and low you hunt,/ You’ll never find me.
“Wren Matthews outgrew nursery rhymes a long time ago. Little did she know that songs of twinkling little stars and four-and-twenty blackbirds are the key to the ancient magic of stardust—a magic that only a few people can see and use. And Wren is one of them.
“Wren has always preferred to stick to herself. But when she is invited to the faraway mountain fortress where an ancient order has long studied and guarded stardust, she doesn’t hesitate to accept.
“Soon Wren is swept up in strange dreams, buried secrets, and rumors that an old enemy is plotting his return. As she tries to master her new abilities, Wren knows only one thing for sure. There’s magic in the world—and it’s waiting for her.”

This book for youth is another one of many Harry Potter knock-offs. (Where would the world of youth fiction be without the brilliance and originality of J. K. Rowling?) The author does take a different viewpoint but the overall theme is the same – young person, aged 11-13, a bit disenfranchised from kids his/her own age, discovers they’ve been chosen to learn to use magic, off they go to a place away from parents to learn their new magic skills only to find out that some evil magic-user who everyone thought had gone away for good comes back with more evil stuff to do. And in the case of this book, Wren, like Harry, finds she has a connection with the bad guy and he attempts to use her. Hmmm. Maybe I should have said spoiler alert!!! I’m really not giving anything away – the first time the evil dude makes contact with Wren you know it’s the evil dude.

All of that similarity doesn’t mean the book is a bad book. (Are there any bad books?) It just means I’m tired of reading the same basic storyline and will have to look harder for more original books to enjoy. That said, the book ended so abruptly with a cliffhanger, I will be reading the sequel; hopefully this series will be just the two books.

So, do I recommend it? Of course – it’s a story of magic, good versus evil with a different twist involving nursery rhymes and it has a strong female main character. But beware: there is a scene toward the end of the book that was hard for me to read – it involved killing animals. The action doesn’t focus on the gory scene too long – it’s more of a byline, which makes me feel it was a bit gratuitous and unnecessary. I still think most kids will enjoy it; I, however, mostly tolerated it.

Rating: 3 out of 5 daisies because while it is a fairly good H.P. knock-off, I was able to stop reading it for 2 days before finally finishing it. 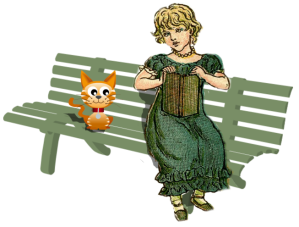